Site Preparation for a Major Storm

Originally published in October 2019 in Vol. 2, Issue 3 of Earthworks newsletter. 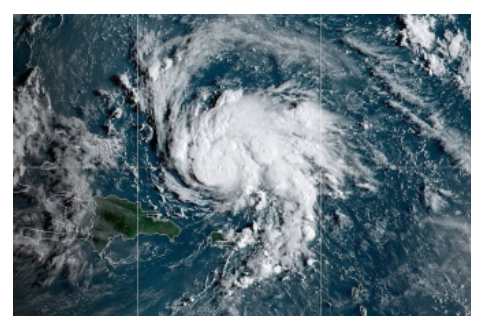 As we are a little over halfway through hurricane season, an important issue that many in the construction profession must be cognizant of is site preparedness before major storms. Major storms such as hurricanes, pose a threat to safety and the integrity of onsite BMP’s. There are several steps that can be taken to ensure that your site as well as your employees are prepared for the storm. With today’s technology, we are warned days in advance of a possible major storm. It is important to use the advance notice to prepare a construction site for a storm ahead of time, instead of waiting until the last minute.

Preparing a construction site prior to the arrival of a major storm begins with safety. As a site manager, it is important to make the decision to stop work when the effects of a storm present a danger to workers. Plan and cease work until the storm has passed and the site has been inspected and deemed safe to continue work. Make sure to stay up to date with local/state regulating agencies to determine when and if NPDES inspections can be temporarily suspended following a storm.

As the site is set to receive a large amount of rainfall, it is also important to ensure that all on site BMP’s are properly installed and if need be re-enforced. If any portion of a construction site is near to or borders a wetland or body of water, make sure to re-enforce perimeter controls in that area. Most, if not all, inlet protection should be removed from inlets throughout the site to mitigate flooding. This includes filter fabric that may be used to cover grates on drop inlets.

It is also important to secure loose items on the construction site, as well as your employees, are prepared. All loose trash and construction debris should be removed from the site prior to the storm. Construction debris that has not been secured or removed has the potential of becoming projectiles that threaten life and property. All portable toilets and above ground storage tanks should be secured and moved to an area of the site with the least probability of flooding. Any chemicals stored on site should be removed or placed in an area that is not likely to be damaged by the storm. Any signage or permit boxes should be removed and secured inside to prevent any damage to important documents.

The final step to preparing a construction site for a major storm, is having a plan and crew in place to locate and fix any issues that may have been caused by the storm. Once the storm has passed and the site is determined safe, any issues that were caused by the storm should be immediately addressed and corrected. Important areas of focus should be chemical/fuel storage areas and site perimeter controls. Once the site has been assessed for damage, BMP’s that were removed should be set back into place.

Maintaining a plan and staying up to date with current weather patterns, will make it much easier for you to prepare your construction site for a major storm event.