The Response of Earthworks Environmental to the Devastating Storm in Texas

In the month of February 2021, the State of Texas experienced record-breaking low temperatures, including snow and ice.  This winter storm left over 3.5 million Texans without power, victims of flooding and/or without water. The City of Dallas recorded its lowest temperature since 1930 at -2° Fahrenheit, which was the city’s 2nd lowest temperature on record.  On February 12, 2021, Texas Governor, Greg Abbott, declared a state of emergency for all 254 counties. President Biden subsequently declared a national disaster for Texas, freeing up much needed federal government aid.

On February 13th, the Texas Commission on Environmental Quality (TCEQ) even began a suspension of its rules. These suspended rules included TCEQ monitoring and reporting system requirements, as the affected areas were not anticipated to comply with Texas Pollutant Discharge Elimination System (TPDES) standards. This suspension helped remove the potential impediments to disaster recovery and TCEQ acted quickly to address the aftereffects of the suspension. 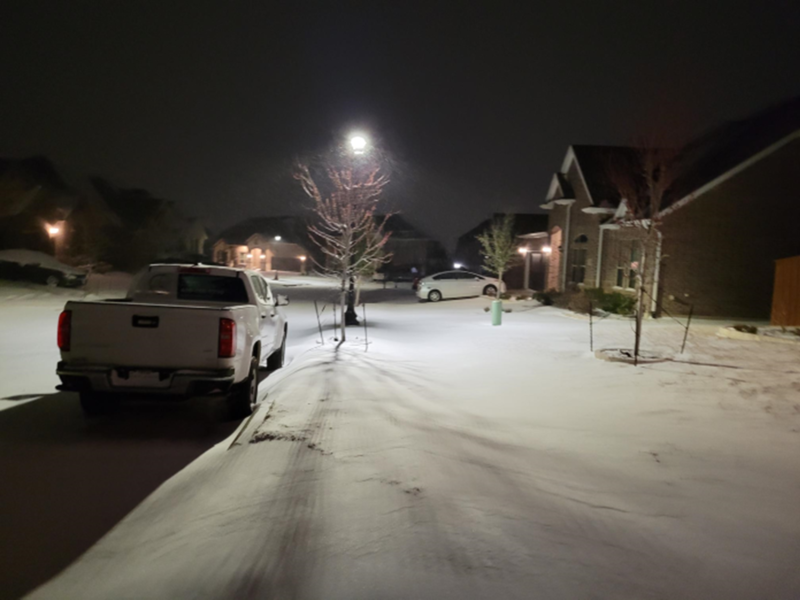 This weather highlighted the need to establish a solid stormwater program complete with routine inspections, deficiency identification and corrective action to remain prepared for whatever mother nature may bring. With the unpredictable weather conditions, developers cannot wait for an unfavorable forecast to prepare. Stormwater control measures may fail due to heavy snow or snowmelt, so inspections must be thorough to identify all deficiencies caused by inclement weather. When the winter vortex lifted, snowmelt occurred gradually over several days. Fortunately, this did not cause the snowmelt to overrun the erosion control measures of sites which helped minimize the noncompliance items. Additionally, given the short amount of time that the snow was on the ground, it did not have time to soak into air pockets that remain from expanding ice and further loosen soil. In order to ensure proper documentation, each site SWP3 was amended and the Governor’s State of emergency order was inserted.

When unforeseen events occur, either by mother nature or otherwise, stormwater management must be adapted effectively. Site conditions vary constantly and controls measures must be able to meet these ever-changing demands. NPDES consulting is not just about identifying the current non-compliance, but also assisting in the identification of potential noncompliance.